The Opening Ceremony of the eleventh JG Cup Football Tournament 2018 was organised by JGIS on 27th December, 2018. This mega event spanning 5 days had 35 teams participating and competing under two categories : inter school boys and inter school open boys from all over Gujarat. The Chief Guest of the evening was none other than our Chairman, Shri John Geevargese. The occasion was graced by Executive Director, Mr. M. P. Chandran who is also the Chairperson, Organising Committee of JG Cup Football Tournament, our Principal, Ms. Kavita Sharma, Manager Administration and HR Ms. Rekha Anil, and Manager Parent Relation, Ms. Rema Nair and other dignitaries.

The anchors of the event were, Shreya Saji and Ujjawal Agrawal. The ceremony began with the welcome address by the anchors, followed by the raising of the flag. The flag was raised by the Chief Guest, Shri John Geevargese. The details of the tournament were shared by  the anchors.

In the memory of late Ms. Mansi Vakharia, we all observed a minute of silence. To honour her contributions to the school and the entire football fraternity, “The Best Player award” is renamed as “Mansi Vakhariya Award” for the Best Player.

The Chief Guest and the other dignitaries were escorted by the Principal for a kick-off. 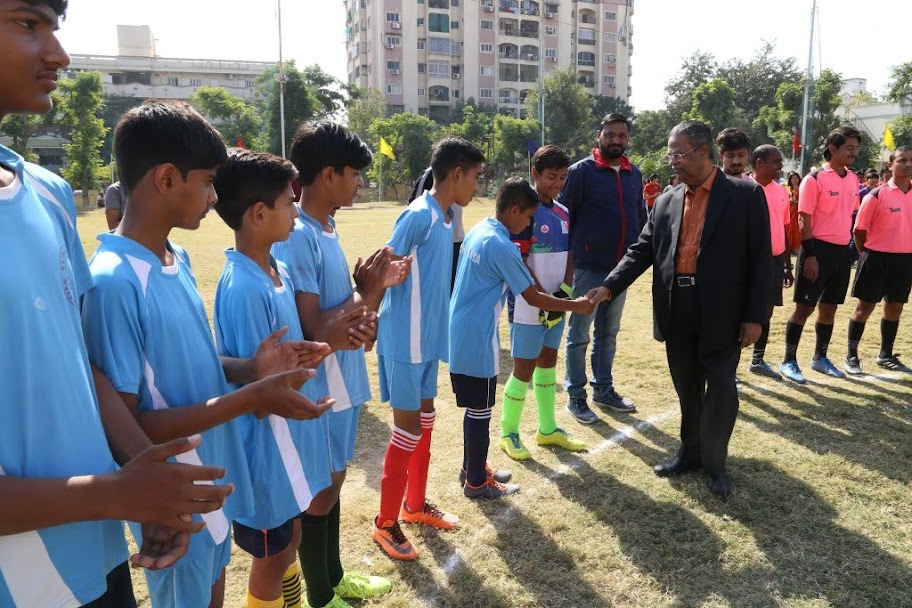 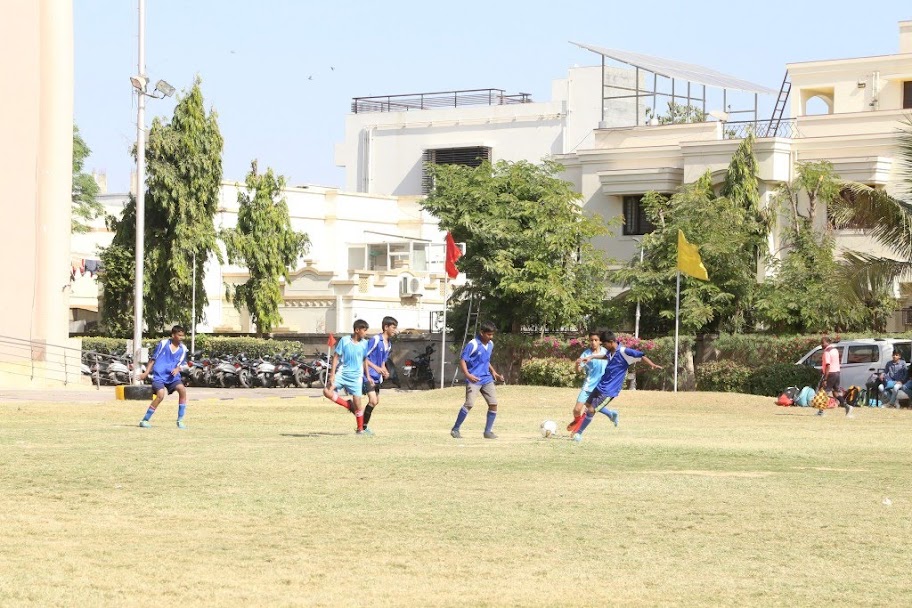 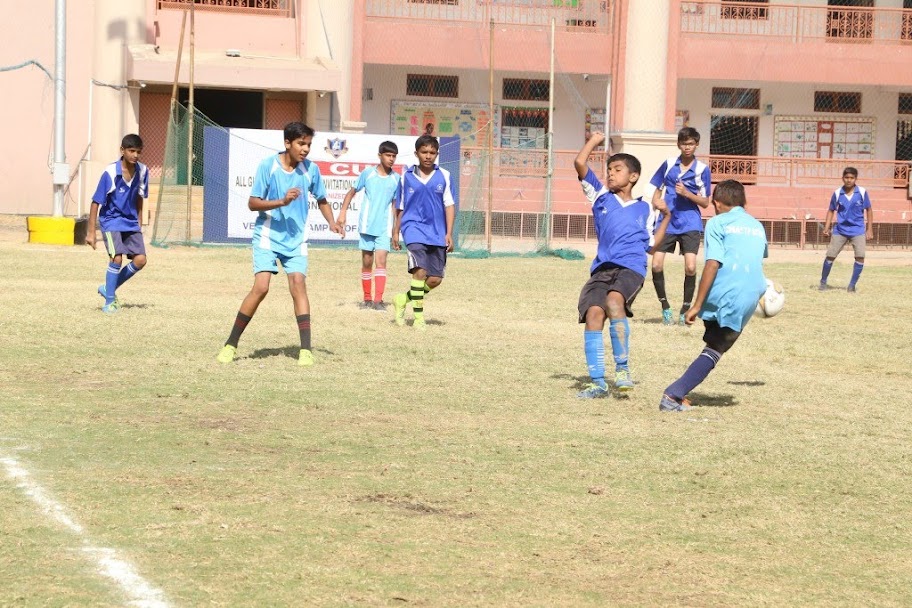 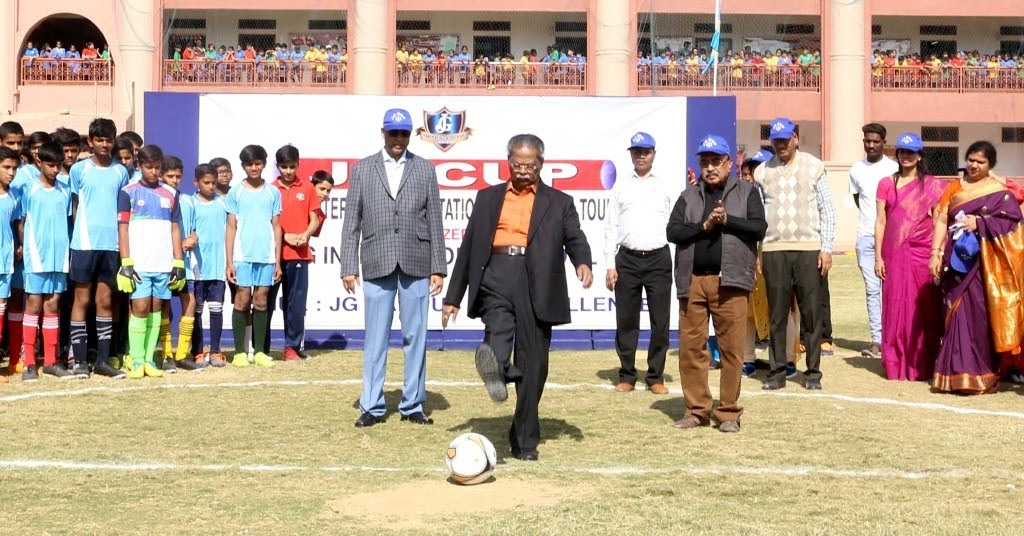