The Opening Ceremony of the eighth JG Cup Football Tournament 2016 was organised by JGIS on 26th December, 2016. This mega event spanning 5 days had 35 teams participating and competing under two categories inter school boys and inter school open boys from all over Gujarat. The Chief Guest of the evening was none other than our Chairman, Shri John Geevargese. The occasion was graced by Executive Director, Mr. M. P. Chandran who is also the Chairperson, Organising Committee of JG Cup Football Tournment, The Director of JG group of colleges, Dr. Sourabh Choksi and the Members of  the managing committee ASIA Charitable trust.

The anchors of the event were, Vishwa Shah and Vishesh Patel.The ceremony began with the welcome address, which was given by Ms. Neelam Rathi, followed by the Bouquet presentation to the chief guest by the Principal Mrs. Kavita Sharma. The raising of the flag was done by the Chairman, Shri John Geevargese. The oath was conducted by the Chairperson, Organising Committee and Executive Director, Mr. M. P. Chandran. It was the Chairman, Shri John Geevargese who declared the JG Cup tour-nament 2016-2017 open, after which the dignitaries were escorted by the Principal for a kick-off. 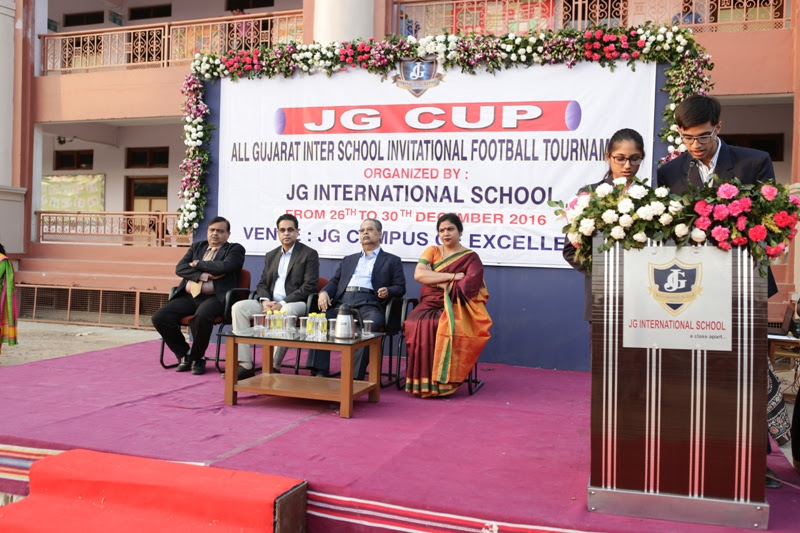 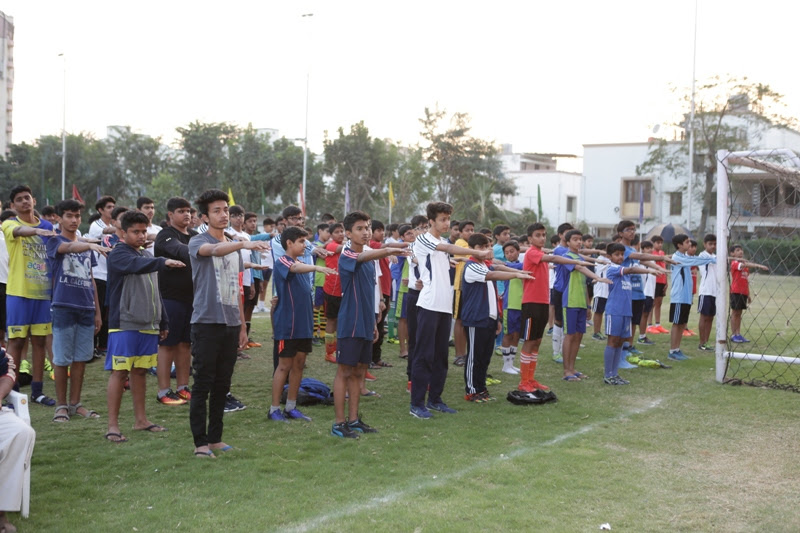 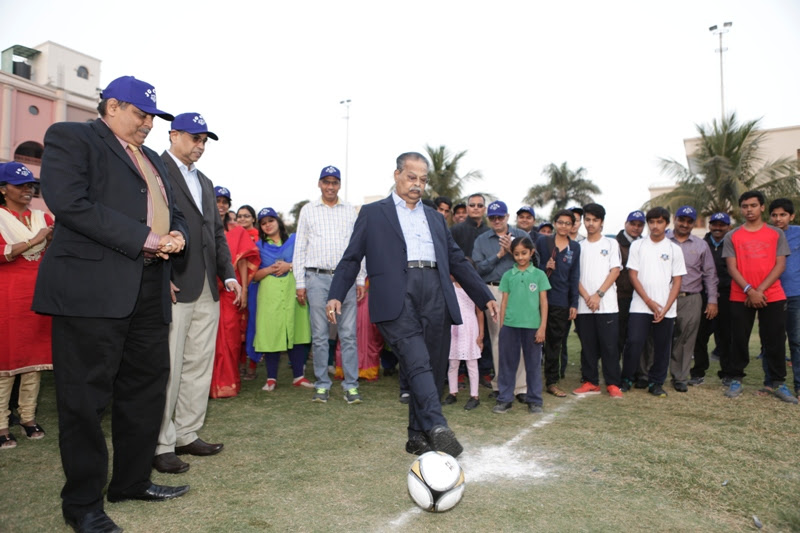